Nothing Better 2: Into the Wild

I realized that this webcomic series had put out a new collection purely by serendipity — I found myself wondering what had happened to it and visited the website just in time to see that the second book, Nothing Better 2: Into the Wild, was available. I was thrilled, since the first book was one of my top 10 of 2007. I’d missed reading about odd-couple college roommates Katt (art student and questioning atheist) and Jane (religious but seeking, uncertain […]

I realized that this webcomic series had put out a new collection purely by serendipity — I found myself wondering what had happened to it and visited the website just in time to see that the second book, Nothing Better 2: Into the Wild, was available. I was thrilled, since the first book was one of my top 10 of 2007.

I’d missed reading about odd-couple college roommates Katt (art student and questioning atheist) and Jane (religious but seeking, uncertain about her future and beliefs). Both remind me of me, at different periods in my life. I want to know more about what they’re learning and how they’re growing.

It’s also refreshing to see comics tackle the question of faith without taking a dogmatic position on it. I love the way that they each learn from and advise each other, in different situations.

In a more typical portrayal, the assumption would be that Jane needs to loosen up and learn to be more like Katt, who’s more comfortable with boys and more of a free-thinking, drinking, typical college student. But here, we open with Katt realizing that she needs help from Jane. Although they both enjoy their biology class, Katt may be reaching the limit of what she can learn on her own using her typical study habits. Moreover, Katt’s temporary hookup has blown her off, and Jane has some sensible things to say about how you should start interacting with a boy if you want a relationship instead of just sex.

I appreciate the way that, although much of the book is driven by conversations among the two and their various friends, Tyler Page keeps the pages active by having them talk as they walk between classes or visit the cafeteria or engage in other typical college activities. He’s not afraid of backgrounds or costume design or populating his panels with supporting characters, as you can well see in the Halloween party that kicks off this book.

A costume dance is a great excuse to try out some different behavior and maybe meet someone. All the relationships (mostly defined by who’s interested in whom, nothing more yet) get swizzled around as some of the cast overindulge and some try something new. The question of sex — how much to make out, how it changes relationships, how you feel after — is the big theme of this volume.

Tyler’s willing to have his characters tackle major issues, but he approaches everything in a light-handed fashion. Obviously, these debates and decisions are important to their participants, and they ring true to the reader, but most with a sense of age and perspective will realize that it all wasn’t as significant, as all-encompassing as students make it to be at the time. His touches of humor are realistic as well, and they make this story well-rounded and even more true to life.

This volume sort of reverses the roles of the roommates. Jane is the one hanging out with boys. Katt is second-guessing herself, unsure of her choices and feeling like she’s lonely and missing out. That gives the reader a different view of the two girls, giving them more dimension. I also liked seeing more group interaction with the friends they (and we) have come to know.

With a series like this one, run free on the web and self-published when there’s enough material to do so, you always wonder if a new book will be the last you see of a much-liked series. I fervently hope that’s not the case (and I have no reason to think it would be), but even if this is the only book of the series you read, you’ll find it satisfying. I want to see a lot more of these characters, though, and I hope nice-guy artist Darby finally gets a happy ending!

Destined To Be Eaten Within A Year By The Predacious Heroine

Lord Of The Mysteries

Avengers Cast Has Some Singing Fun

Viz Announces More Omnibus Editions as 3-in-1, Not Vizbig

Moonbound: Apollo 11 and the Dream of Spaceflight 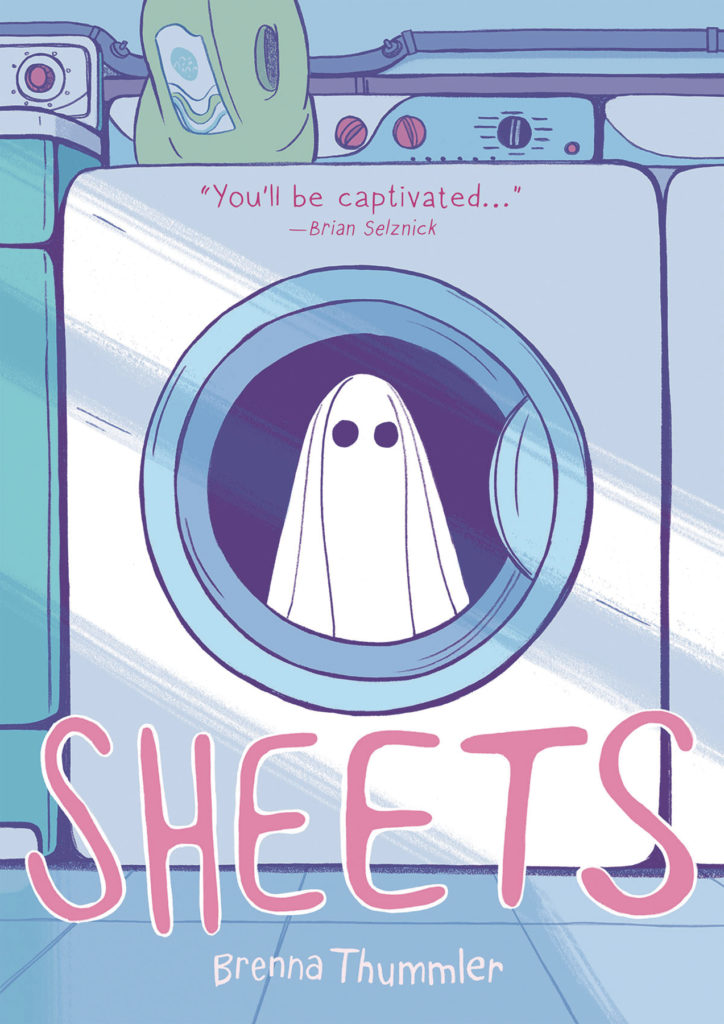